Goodness, is the update that you said was out actually out yet? 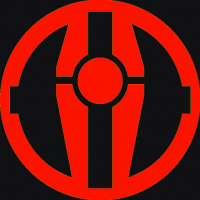 Ocelot
171 posts Member
January 24, 2020 4:03AM edited January 24
I'm kinda impatient now, and fairly. You didn't have to release some small heroes vs villain maps first. Everyone plays capital supremacy, galactic assault, strike, etc. There's like ten people (parents with kids most of them) that play offline, too.

Heroes vs villains isn't the selling point of this game, if people want to take something like that seriously they can download jedi academy and populate that game and its excellent mods like they should if they crave such.

When last jedi came out, crait was fast to come. You should have reversed this totally. Actual gameplay first. What is going on.

I guess that movie was so terrible you guys lost all passion for working on this. I understand that completely, if that's what's going on. I'm pretty much in the same boat and will only stick to the games/filoni's work from now on.
1