joeybmx7
1021 posts Member
February 25, 2017 7:33PM
It's awesome that we are getting a campaign mode in EA's next Battlefront installment. Many fans are quite pleased with this. However, here are some fantastic reasons why the Devs shouldn't stop there regarding the single-player content. In short, a campaign is a scripted experience (Meaning if there is only a story mode mission where you can play as Luke on the Death Star, it looks like you'll only be able to take control of Luke for THAT specific mission only) 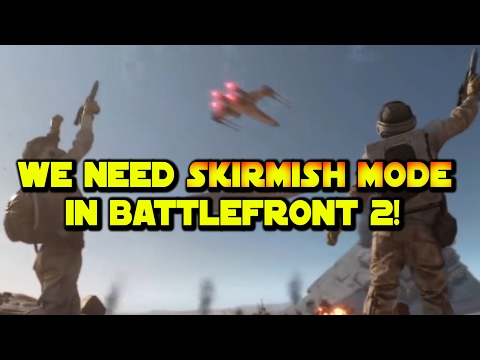 We NEED Offline Galactic Assault (Where the objectives are suitable for the AI and where the ENTIRE large scale maps are utilized by both the player and AI), Vehicle AI to fight against in large scale battles offline, and of course SA Offline.
#soloplayersmatter #singleplayersmatter #offlinegamersmatter
0