Gripes with the new information given 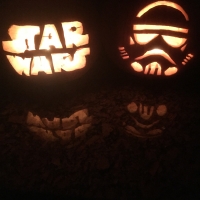 Massman98
299 posts Member
April 15, 2017 9:36PM
1. Only 40 player match sizes
-Weather you like the idea or not, Dice should've put forth the effort to have 64 player lobbies, and dont say "oh with the smaller map size, blah blah blah" because This is a Galactic War. The bigger game modes should have big maps that have more players. Period.
2. Limited space battle complexity
-Based off the fact that they didnt advertise the fact that you could BOARD an enemy capital ship, and that they're still advertising the ability to fly as the millenium falcon and Luke's X-wing lends to the idea that they didn't do much to get to the level of the old battlefront 2 (boardning ships and frigate play) ESPECIALLY since its only a 24 player lobby to begin with!
3. Like the campaign idea, but... it won't cover the prequels or really anything in OT
-This one's nit-picky, Im actually really excited to see this unexplored timeline of the Star Wars Universe, but still... Clone Wars cinematic campaign would be cool
4. Hesitant about the "Splitscreen offline" explanation
-Not garaunteed full on instant action
5. Preorder bonus
-Is either skins for Rey and Kylo, or the heroes themselves, either way its weak

Okay, I want to say that I love a lot or all of the changes seen in this new trailer/website.... but its worth talking about its already apparent flaws