POLL: Would you like the soldiers in Battlefront 2 to swear? 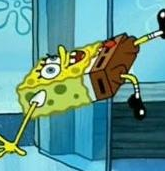