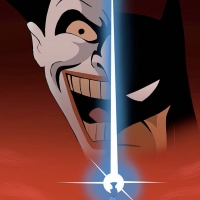 WhiteWolf28
84 posts Member
August 15, 2017 6:29AM
"You play as a lone Scout Trooper, with a crashed Speeder Bike, alone in the Forest Moon of Endor. Suddenly, you hear movement. You react quickly but when you turn to look, there's nothing. You turn around again and you're surrounded by many little creatures. Cute, small, and harmless. Until, of course, they attack! You must survive waves and waves of these vicious creatures until a rescue party reaches you.... or until you become dinner for these little monsters....." Would anyone else want a survival horde mode with Ewoks? I'm not even joking, I want a mode that's hard as nails so that whenever anyone doubts they could do damage to Stormtroopers in RotJ, they can point at the future Infamous "Ewok Mode". They'll become like Badgers in the Far Cry series. Deceptively small, but vicious creatures! It's not happening, but you don't know how happy I'd be if it did! I can already imagine the memes coming out about this mode, especially if it's hard as nails on later waves! (could also work Co-op)