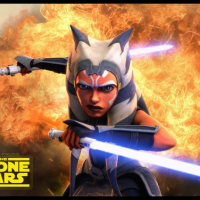 Ahsoka_Tano
7341 posts Member
November 20, 2017 5:46PM edited November 2017
Please DICE give us Conquest it was the main gamemode from the original battlefronts so I don't know why we won't get it in this years battlefront.

3 major reasons for Conquest or modes for open maps: