Strike mode is cool and all, but where’s CTF? 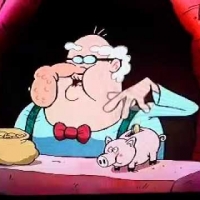 Qui_Gon_Johnn
295 posts Member
November 9, 2017 9:50PM
It’s a staple mode of all first person shooters in one way or the other, and I can’t understand why it was left out of the game.

I understand the thought process behind the lack of modes. The last game had too many modes, and too few players spread across them, so DICE cut down on the modes to preserve the ability to find a game down the road. But getting rid of great modes like Cargo (a variant of CTF) and drop zone (a variant of king of the hill) was a mistake to me. These were great modes, and were a lot better than Strike, objectively. I’ve played around 5 matches of Strike in the full game, 10+ in the beta, and am not enjoying it. The weird objectives seem to be scattered across the map and I don’t understand the spawn system, whose problem I think is from the asymmetrical maps and objectives. I’ve been killed straightaway off my spawn from someone tearing around our own spawn, and I’ve also gotten right in the enemies spawn, feeling bad as I destroy them before they can even react.

And this isn’t nostalgia from the last game (which I’m the first to tell you its many problems), this is just me being bummed out at the exclusion of CLASSIC game modes that should be in any shooter.

Leaving out small gamemodes is turning away a huge audience of the game. I remember hearing Dennis say that a very large part of the playerbase of Battlefront 2015 played strictly small game modes (believe this was upon the addition of extraction). I was so surprised to see that the only small modes in this game are Blast and Strike, and both had reinforcements in them. And don’t get me wrong, I understand the focus on Galactic assault and heroes vs villains. That’s what battlefront is all about and known for. But you can’t deny the audience behind small game modes, especially classics like capture the flag and king of the hill. I can tell you that my friends and I would’ve spent a lot less time in Battlefront2015 without those modes, and it’s looking like we won’t spend much time in this new game.

I don’t think adding another mode will diffuse the player base too much, and I even believe adding a plain old capture the flag mode with symmetrical maps, no reinforcements, and no heroes would attract more player attention than Strike. Just give us one mode for good old fashioned infantry, objective combat in a format that has proven itself to be loved by many. I see too much of the “New! One-sided! Story Driven objective modes!” In this game, and not enough attention to classics that just work. There’s nothing wrong with trying new things, but there’s definitely nothing wrong with including staples of many games that have shown to be timeless.

Maybe I’m judging too quickly on Strike, and need to play it more first, but I have a feeling that I’m still gonna be aching for a mode with no heroes or reinforcements as I play this game. Let me know what you all think.
Just another sniping YouTuber.
2