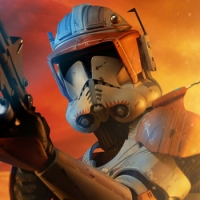 212thCommander
66 posts Member
January 27, 2018 10:32PM
I really am enjoying playing the blast gamemode and the officer however I can't find a load out that balances battle point generation and survivability , please help
0