Two birds with one machine gun 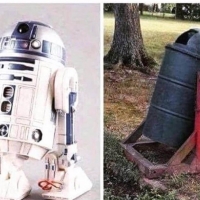 First issue: Progression system.
Here I’m mostly concerned about newer players having to catch up to us playing since November.

Second issue: lack of incentive to play the objective and win in GA.
Incidentally, the longest match I’ve played, where overtime lasted about 15 mins, is also the one wherein the majority of its players had the most fun. I know because they all took the time to type it out when the next round started. This happened because both teams were playing the objective and trying to win until the very end. And we got extra creds as a bonus for the duration.

Possible solution: Only give podium places to the winning team and give extra credits to every member of that team.
The bonus credits should be significant enough to make a difference, otherwise the status quo will remain unchanged. Something around 200 extra creds per team member plus the current bonus dependant on your place on the podium.

Now, I understand some people play the objective to their best ability and end up first place even though their team is in complete disarray and ends up losing. And we all like podium bonus credits, as measley as they are. However, this ties into the incentive system. If there was an incentive, people would actually care about what the actual goal is. And you’d get a lot more credits by being top 5 of the winning team, because of the double-bonus system I’m proposing.

As for newbies, now that we have a semi-working MM/scramble system, they should be spread evenly enough across teams or lobbies in order to have balance and not have to worry your team is entirely confused as to what’s going on.

Additionally, even if people cheese out whatever BP gain system is the new meta, they will still need to do the objective to get the extra creds.

Please input your opinions but try to remain civil and explain your reasoning.

Sorry for the long read.
NeoX
1