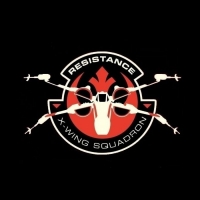 ACEJD87
22 posts Member
February 19, 2018 5:09PM
It is awesome we got more map for Arcade mode. However I must say I was expecting more. I was hoping for more modes in Arcade. I am not that big on Multiplayer PvP. I feel it is too competitive most of the time. I really prefer PvE. The only time I have enjoyed PvP, is when I am able to work fully with other players as a team. Which mean talking to one another, making sure we have a game plan. However that rarely happens anymore, now that I am adult and have to work to support my family. My schedule just doesn't line up with my friends anymore. So offline deals, great story and very in depth campaign and PvE are the only thing that really makes me play games now days. The only reason why I got BF 2 was because they said they were going back to the roots of the originals. Which were had great solo support, however BF 2 has been a great let down. In my honest opinion, BF 1 is just a little better, mainly due to the offline star fighter mode. Also original BF 2(OBF 2) is 100% better then new BF 2. OBF 2 was very well balanced, BF 2 just seems like a work in progress. I am afraid it feel that way until more modes are added to arcade and the loot crate is fix. They should rework it how Halo 5 does theirs. Also they need to add a craft loot crate.
7