Im sorry EA, but this game is already dying... 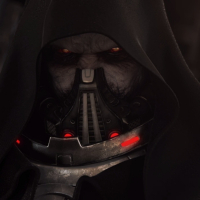 CaptainM09
183 posts Member
March 7, 2018 3:07AM
EA, i'm sorry to tell you this, but, you failed.
you failed to have a good start, you failed to keep hype in the community.
All around me, people are leaving the game because of the lack of updates.
We understand waiting, but you just failed right there. This game will not thrive until we actually get news. think of it this way: we have gotten more news by looking at the gale files then by your devs. So far we have only received hints, but still nothing. If you do not act quick, Battlefront II may not live to see spring...

You must fix this quickly, or as I said, this game will die very quickly.
It's over, my hope is almost lost for this game...

"Never interrupt your enemy when he is making a mistake"